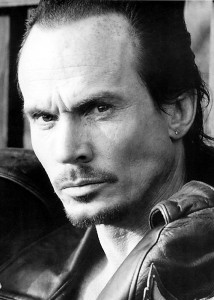 For the past two 1/2 decades, David “Shark” Fralick has played the Heavy (ie; villain, thug, hitman, playboy, drug dealer , deranged Vet, homeless junkie, crooked detective or assassin ) etc. to the shock, horror, or delight of his fans. The hunky bad boy (6’2″ & solid 218 lb) has a humorous and softer side, especially when it comes to children, senior citizens, and animals. He’s an X – Military Vet & a Veteran of film and television, having been in more than 80 films (with the Likes of Dennis Hopper, Jean Claude Van Damme, Kieffer Sutherland, Steven Segal & Nicholas Cage to name a few) he has also appeared in numerous TV shows. In addition, he adds stand-up comedian, stage actor, motivational speaker, musician, poet, acting coach, stuntman / driver, martial artist and “surfer dude” to his many talents and accomplishments.

Born in South Miami, Florida on October 16, 1962, David was the youngest of four in a military household. With a strong Love for his Country and a deep respect for his father, a Major in the U.S. Army, David followed in his dad’s footsteps in his youth, training in the Naval Sea Cadets and later in the Naval ROTC.(wanting to be a pilot off of Aircraft carriers) .David discovered two of his passions at an early age: his love of the ocean and his love of the stage, then while transferring his “Duty to Country” to the AFROTC in College, David received acclaim for his roles in such classics as Butterflies are Free, Of Mice and Men, Glass Menagerie, American Buffalo and Hamlet. He attended the University of Alabama, where he played wide receiver for legendary coach Paul “Bear” Bryant (to which he is the proud ring bearer from the ’79 National Championship team) and was a member of the water skiing, rugby, philosophy, swimming and tennis teams.

Being bitten by the acting bug, David chose to pursue the arts. His TV and film career started in the early 80s on Miami Vice (5 episodes) and Revenge of the Nerds II: “Nerds in Paradise”. In 1989 he moved to California to work with David Carradine in Final Sanction, after Co-Starring in his First Feature “SoulTaker” w/ Joe Estevez & Robert Z’Dar in Mobile, His strength of character and physical toughness has served him well, having been in over 80 action or horror films including Assassins, Invasion Force, Downward Angel, Blindfold, Dark Rider, the One, Final Payback, Chill Factor, Gone in Sixty Seconds, Desert Heat, Lockdown and Uncle Sam. David’s characters are always on the wrong side of the law. A regular on the small screen, David’s had notable roles in V.I.P., Sons of Thunder, Babylon Five, and The Big Easy. However, David may be best known for his eight years on the #1 daytime soap, The Young and the Restless, as Larry Warton, the reformed ex-con (security guard @ Jabot) and secret love interest of Jill Abbott.

David also has a natural knack for comedy. He’s performed stand-up in dozens of clubs, and emceed or hosted several charity events. His comedic timing, range of voices and dialects, and improv skills bring joy and laughter to many. A man of conviction, David’s love of God and country is evident in everything he does. When he’s not working, David is busy with charity events and activities for Make A Wish, Special Olympics, Autism and ALS. He’s also involved with pet charities such as Best Friends, Nuts for Mutts, New Leash on Life, Take Me Home, and Paws for a Cause. He also plays bass guitar and piano.Loves all water sports (esp. diving,skiing & surfing) & collects and restores Antique & Classic vehicles.. David is also a professional Stuntman,(& precision driver) David on IMDB: http://www.imdb.com/name/nm0289716/

Please, (follow him on Twitter, Subscribe to his Facebook page, join him on Myspace or Google his name & continue to look for him in a theater near you).. With several upcomming projects,(most recently “Rapture Road” the beginning of the end, w/ Brian Bozworth & EricRoberts) & is in the winner of the (Best Film) “Cathedral Canyon” of Jerome, AZ’s Film fest this June 2013 .David is sure to be a visible player in Hollywood’s cast) he is also turning his interest to Directing & has written several Scripts to be produced in the near future. God Bless ! 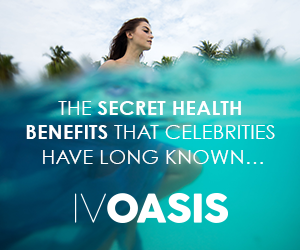